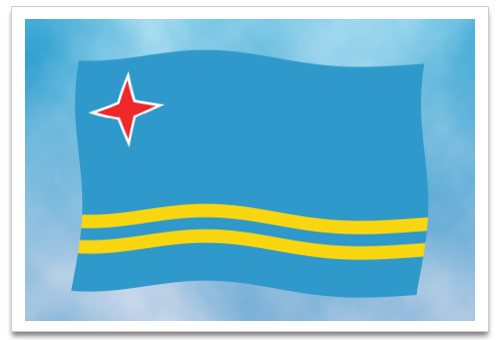 The Flag of Aruba

Let me tell you all about Aruba. Aruba is an absolutely ideal island to visit if you want to have the most relaxing vacation experience. We look forward to our trip each year just for that very reason.

All About Aruba Weather

Since the island is ideally located, in the southern caribbean sea just 18 miles north off the coast of Venezuela, the warm weather and tropical climate has an average temperature of 82 degrees Fahrenheit (27.8 C ).

The island lies south of the usual hurricane paths and only experiences mild effects from nearby tropical systems. Rainfall averages about 18 inches yearly, mostly in October, November, December and January. If it does rain it lasts for a short period of time followed by clouds or sun.

Most of the time we stay in the pool until the rain passes.

Bring plenty of sunscreen and use it often! The sun is strong especially between 11:00am and 3:00pm.

All About Aruba Geography

The geography of the island of Aruba is basically flat and riverless. It is approximately 19 miles long, 6 miles wide and has 75 square miles of land area.

Where is Aruba located?

On a map you will find it in the southern caribbean sea, 18 miles north off the coast of Venezuela.

On the western and southern coasts of the island you will find beautiful soft white sandy beaches which are protected from the heavy ocean currents.

The northeastern coast of the island is rugged from being battered by winds and fierce ocean currents.

Aruba is an island with a cactus-strewn landscape, rich with aloe plants, distinctive Divi-divi trees, colorful iguanas, exotic birds, various rock formations and caves, all unique to the island. Make sure you check out all of the sightseeing/tours available on the island.


All About Aruba History and Culture

Aruba has a population of approximately 100,000 people. Throughout it's history, the island has been home to about 80 nationalities. Amerindian, Latin, and European influences are found all over the island. Over the years, the unique blend of various cultures has given Aruba it's own local language.

The first inhabitants of Aruba were the Caquetio Indians of the Arawak tribe from South America. The Spanish claimed the island in 1499 when the explorer, Alonso de Ojeda, discovered Aruba. In 1636 the Dutch occupied the island.

Most of the population is descended from Arawak, and the rest from Spanish, Italian, French, Portuguese, British, African and Dutch ancestors.

All About Aruba Language

The offical language of Aruba is Dutch. The local language in Aruba is Papiamento. The cultural mixture on the island has given rise to a language that has evolved over hundreds of years using words from the Dutch, Spanish, Portuguese, English, French, and African languages.

Most Arubans speak a minimum of 4 languages, Dutch, Papiamento, English and Spanish.

Even though Papiamento has been the native language for 300 years, it was only declared Aruba's offical language, along side Dutch, as of March 19th 2003.

You will find wherever you go in Aruba, that the warm, friendly nature of the local people make you feel comfortable and welcomed.

All About Aruba Time Zone

Year round, Aruba is on Atlantic Standard Time.

Aruba's Water Is Safe To Drink

Feel free to drink the water! No need for bottled water on this Caribbean island. Aruba’s tap water is pure and fresh. It is distilled on the island in the world’s third largest salt water desalination plant.

There is rarely a power failure on the island. Aruba uses North American voltage standard of 110 a.c.

All About Aruba Currency

All About Aruba Communications

ARUBA CELL PHONE RENTAL:
Contact your local service provider before leaving home to inquire about the roaming charges for your cell phone. Cellular phones can be rented if you show a valid passport and leave a deposit. You can rent a phone at the airport.

Long distance calls can be placed through the SETAR international operator using a calling card…..this is the least expensive way to make an international call from Aruba. Pay phones through out the island also can be used for international calling but will cost you more. Calling internationally from your hotel room is extremely costly.

What To Wear In Aruba

Don’t over pack!
One of the many great things about Aruba is the fact that you do not have to dress up on this island! You’re on vacation…relax! Basically, you will need bathing suits, cover-ups, shorts, casual summer wear for daytime and nighttime. There are no bathing suits allowed in the shopping or business areas. Shorts (not short shorts), Capri pants, slacks, sun dresses are allowed in restaurants and casinos. A jacket may be required for I or 2 of the French restaurants on the island though, but not required for example, for even the fanciest restaurant at the Hyatt Regency Resort. You might bring a light sweater for the air conditioned areas.

Women may need something to tie back their hair if it is long...remember the island is windy most of the time.

All About Aruba Medical Facilities 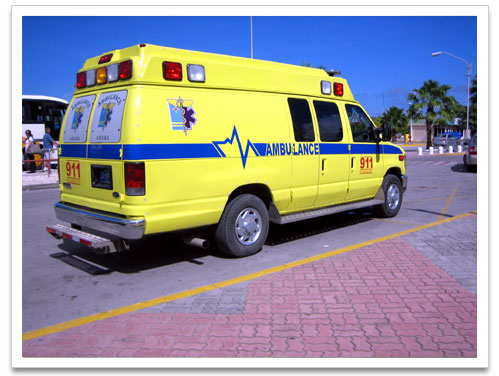 All hotels have doctors and dentists on call. There is good medical care in Aruba with one hospital, Dr. H.E. Oduber Hospital, which compares to the medical standards of an average small hospital in the United States. There is also a small medical center in San Nicolas. Consult with your own medical insurance company before leaving your country to travel abroad to inquire if your policy applies overseas and if it includes emergency expenses like a medical evacuation. Emergency # 911

Usually a 10, 15, or 18%, service charge is added on food and beverage bills. If it is included in the bill and you feel the service was above and beyond, why not give an extra 5%. You will find the service excellent in Aruba.


Check out the beautiful Aruba beaches.